On Fridays we'll post pictures of Tabby's Place cats who recently have been adopted. 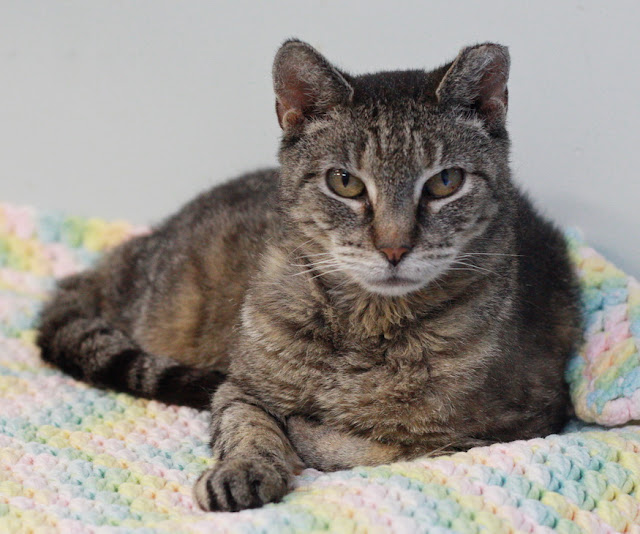 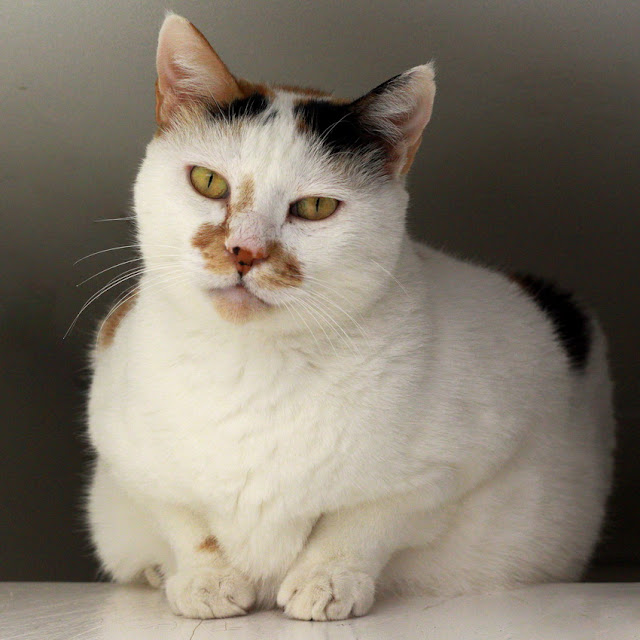 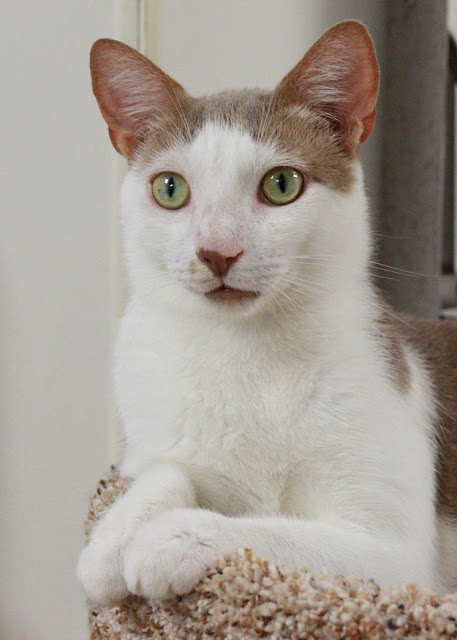 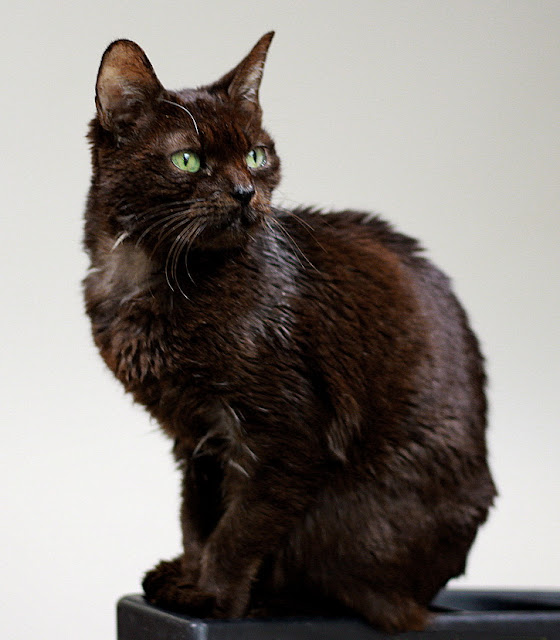 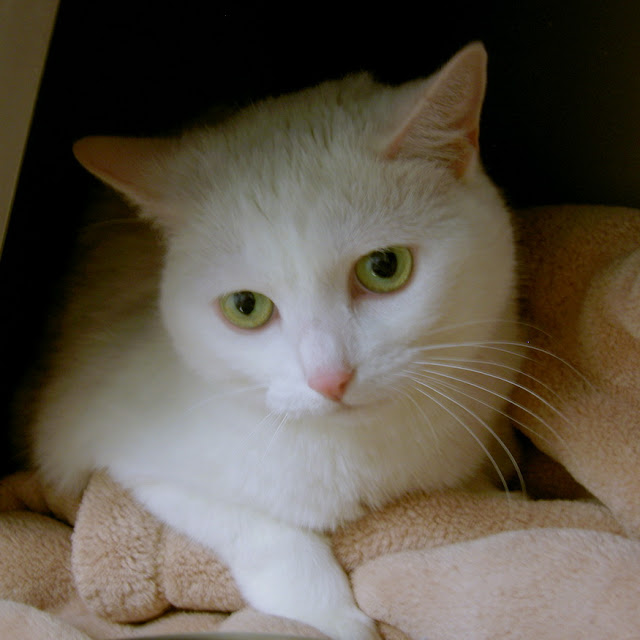 Ali (1998-2018)
When I first heard of Tabby's Place, in the winter of 2008-09, I thought I had my future role there all figured out.  First I would help clean, and then I would pet cats to my heart's content.  Sure enough, I visited, applied, went through training, and began taking shifts on Friday mornings.  The mornings stretched into afternoons as I got acquainted with dozens of Good Cats.
But during my second Friday morning shift, in the lobby I saw a cat (Boots, if memory serves) sitting up straight and tall on a table, and all at once I wished I had a camera.  Since then, I've learned more about taking pictures, and one of my favorite pieces of advice is to ignore people who profess that you should be doing things a certain way -- their way.
The way the article summed it up was something like, Take pictures of whatever you can't not take pictures of.  When I saw Boots perfectly posed on that table, it was a textbook example of that maxim.
The next Friday, I brought a pocket-sized Konica-Minolta DiMage G600 and started to take pictures.  Here's the first decent photo I took that day in May 2009.  Ali was a shy cat in Suite A, and I was trying to help her learn to trust humans.  She never warmed to me, but she was loved by all and had a good life until her passing in 2018.
at December 01, 2022 1 comment: 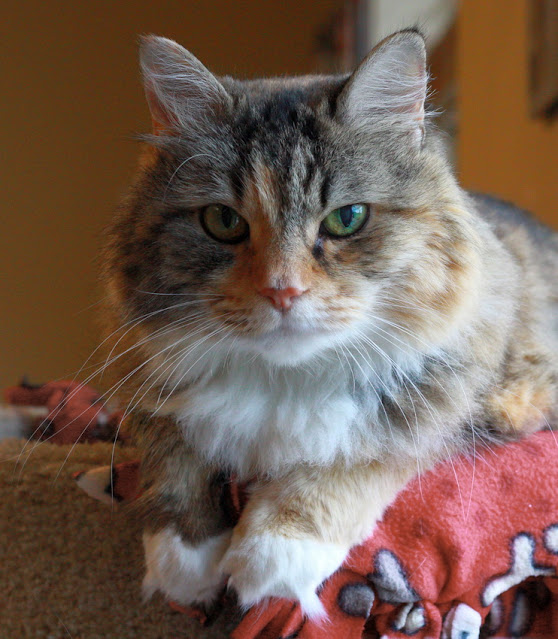 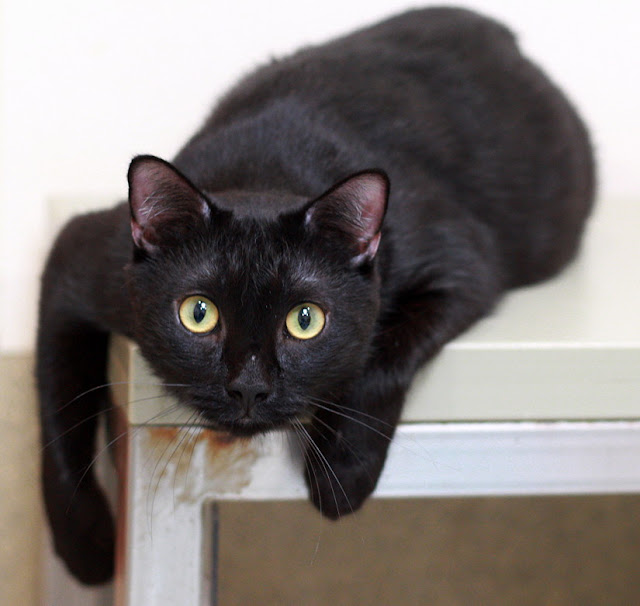 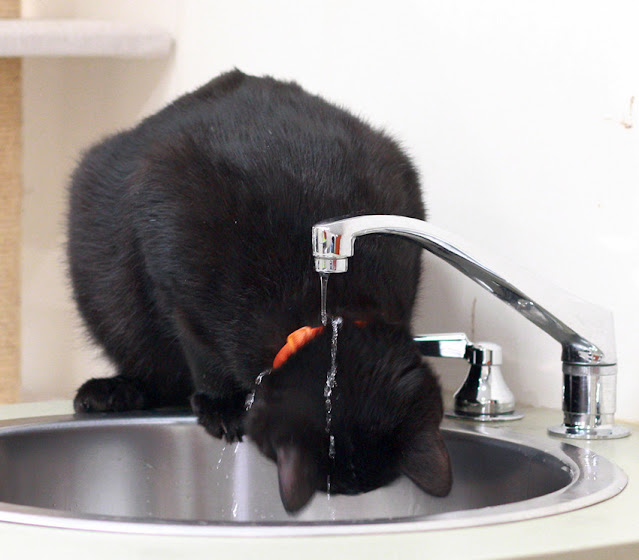 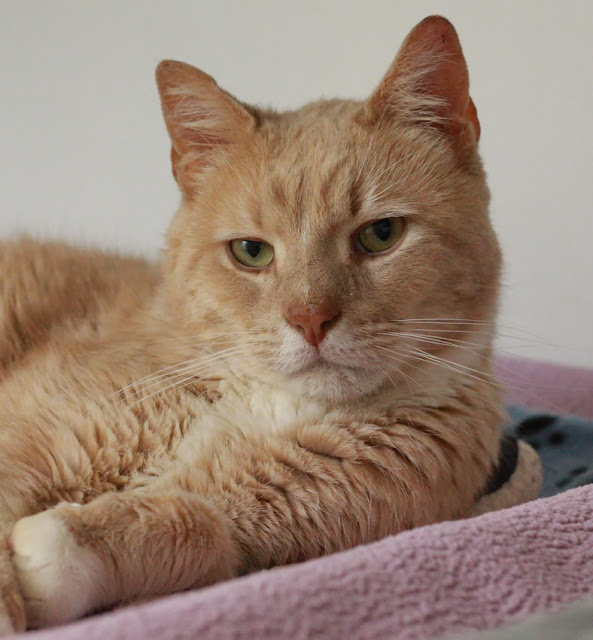 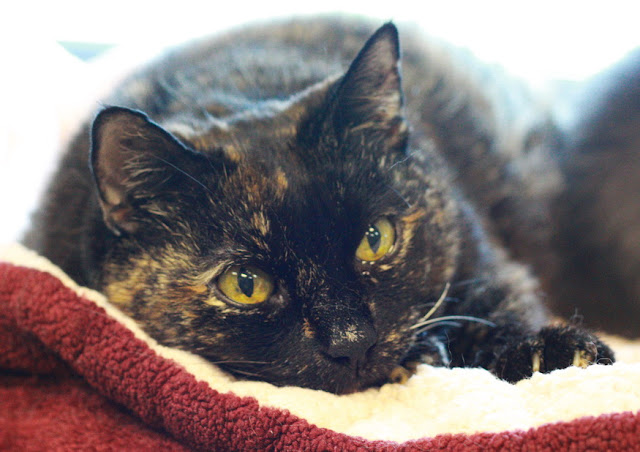 Email ThisBlogThis!Share to TwitterShare to FacebookShare to Pinterest
Labels: Cats, Forever Loved, Tabby's Place
Older Posts Home
Subscribe to: Posts (Atom)
These are some of the Good Cats at Tabby's Place whose acquaintance I've made since 2009.